Why Economic Empowerment is Great for Gender Balance - Kenya 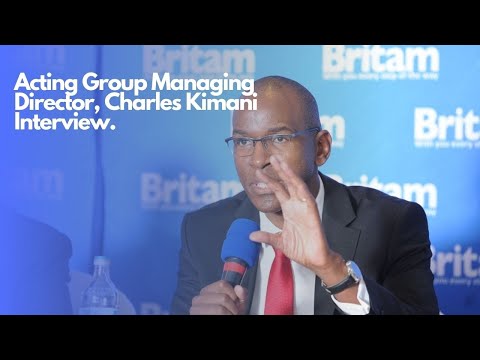 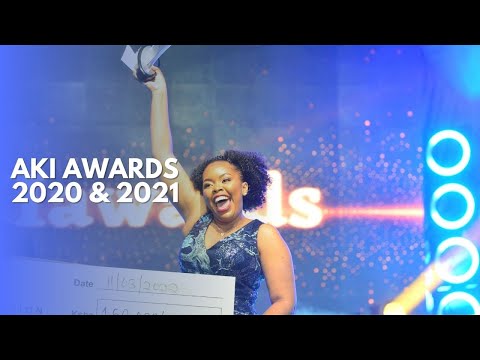 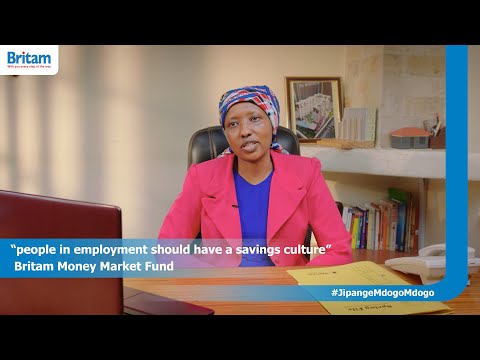 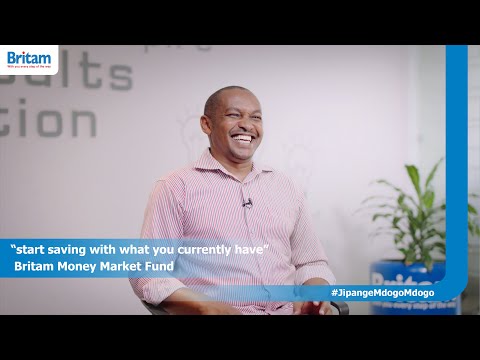 Britam Tower has clinched the Emporis Skyscraper Award, making it the only building in Africa to feature among top 10 buildings in the world in the aw...

Howard Humphreys (now an Atkins company) was appointed by Britam to provide civil/structural design and construction supervision for a commercial buil...

Howard Humphreys (now an Atkins company) was appointed by Britam to provide civil/structural design and construction supervision for a commercial buil...

Britam will use the funds to accelerate property development, fresh investment in its subsidiaries and revamping its technology to enable it deliver i...

Britam Holdings recorded a gross revenue of Shs 28.8 billion, representing a 4 percent increase from Shs 27.7 billion reported in the prior year ended...

Vodacom Tanzania and Britam Insurance have inked a partnership deal that will see the former issuing third party motor vehicle insurance cover to its ...

Britam Holdings Plc has today announced a new executive team that will deliver enhanced service to its customers and position the company for long-ter...

The Board of Britam Holdings Plc has today announced a new organisational structure that will result in a more competitive, efficient and customer-ce...

The Board is pleased to announce the appointment of Mr. Tavaziva Chadamoyo Madzinga as the Group Managing Director of Britam Holdings Plc effective 1s...

Britam Half Year Results Impacted by Negative Effects of Covid-19 on Listed Equities and P...

Shareholders of Britam Holdings Plc have approved a final dividend of 25 cents per share for the financial year that ended on 31st December, 2019 duri...

Britam has launched Tele-health services, dubbed Britam Afya Mikononi, with an aim of providing its clients with remote healthcare during the Covid-19...

Britam Holdings Plc is pleased to announce the appointment of Mr. Mohamed Said Karama as the Deputy Chairman of the Board with effect from 12th May 2...

Imarika Fund Return for the month was 1.04% implying an annualized return of 13.41% p.a. Gross Domestic Product (GDP) is estimated to have grown by 5...

Britam Holdings Plc has today contributed Shs15 Million towards the Government’s efforts to contain the spread and impact of COVID-19 in Kenya. The mo...

During the period under review, the Asset Management business recorded good performance with Assets Under Management (AUM) of Shs 227 billion, an acce...

Why Economic Empowerment is Great for Gender Balance

The famous Canadian feminist and poet, Rupi Kaur once said, “What’s the greatest lesson a woman should learn? That since day one, she’s already had everything within herself. It’s the world that convinced her that she did not.”Isn’t there so much truth in this statement!

Whether we like to admit it or not, we live in a world that is patriarchal. Parents would educate their sons, but not their daughters. Men would get formal jobs, but wives had to stay at home to raise the children. And even when women would gain employment, they would still suffer in the workplace from sexual harassment, unequal pay and limited promotional chances, compared to their male counterparts. We have seen women suffer from violence, rape and neglect at the hands of men.

We can see the great challenges women have had to go through in order to get to where we are today. I must say, we have been born in easier times, life for women is not as hard as it was some years back.

In as much as we have grown as a country, it is unfortunate that many Kenyans still hold traditional ideas about the limited roles of girls and women in society thus restricting their contributions to Kenya’s advancement. These ideas hold women back from contributing to important development goals; especially in the areas of economic growth, nutrition and food security. Our work as women is to change the narrative and prove that women can contribute just as much as men to build our beloved country.

Economic empowerment is the capacity of both men and women to participate in, contribute to and benefit from growth processes in ways that recognise the value of their contributions, respect their dignity and make it possible to negotiate a fairer distribution of the benefits of growth.

Gender Balance is the state of equal ease of access to resources and opportunities, including economic participation and decision-making; and the state of valuing different behaviours, aspirations and needs equally, regardless of gender.

Kenya’s population today is estimated at 51 million with women making up 50% of this. However, according to a 2016 study by Kenya National Bureau of Statistics (KNBS), only about a third of Kenyans in formal employment are women. Women are disproportionately affected by poverty, discrimination and exploitation. To bring about a gender balanced society, women would therefore have to be economically empowered. Which means a society that will value their contributions, respect their dignity and make it possible to negotiate a fairer distribution of the benefits of economic growth.

So, why is it important to empower women economically?

Global organizations have done research on the status of economic empowerment of women the world over and have damning statistics showing how dis-empowered women are. The following are some highlights selected from key global organizations namely, UN Women and Women Deliver;

Restrictive legal frameworks - Globally, over 2.7 billion women are legally restricted from having the same choice of jobs as men. Of 189 economies assessed in 2018, 104 economies still have laws preventing women from working in specific jobs, 59 economies have no laws on sexual harassment in the workplace, and in 18 economies, husbands can legally prevent their wives from working.

Women remain less likely to participate in the labour market than men around the world - Labour force participation rate for women aged 25-54 is 63 per cent compared to 94 per cent for men.

Women are over-represented in informal and vulnerable employment - Women are more than twice as likely than men to be contributing family workers. From the latest available data, the share of women in informal employment in developing countries 7.8 percentage points higher than men

Unequal pay - The gender wage gap is estimated to be 23 per cent. This means that women earn 77 per cent of what men earn.

Women bear disproportionate responsibility for unpaid care and domestic work - Women tend to spend around 2.5 times more time on unpaid care and domestic work than men. It is estimated that if women’s unpaid work were assigned a monetary value, it would constitute between 10 per cent and 39 per cent of GDP. Other research has quantified the unpaid work at an estimated $ 10 trillion per annum globally.

Leadership positions - Only 5% of Fortune 500 CEOs are Women. (annual list compiled and published by Fortune magazine that ranks 500 of the largest United States corporations by total revenue for their respective fiscal years). In Kenya, out of 62 NSE listed companies in 2018, only 4 have female CEOs – 6%. 3 female Board Chairs.

If we empower women hence gender balance, some of the benefits we will realise are:

Economic growth - Women’s economic empowerment boosts productivity, increases economic diversification and income equality. Gender gaps have been proved to significantly reduce a country’s GDP. It has been estimated that closing the gender gap would add up to $28 trillion in annual GDP by 2025.

Women’s economic equality is good for business - Companies greatly benefit from increasing employment and leadership opportunities for women, which is shown to increase organizational effectiveness and growth. It is estimated that companies with three or more women in senior management functions score higher in all dimensions of organizational performance.

Access to internet– If another 600 million women had access to the internet, the annual GDP could increase by as much as $18 billion across 144 developing countries.

With all these in mind, what are some of the ways women can be empowered?

Education – Women need to be educated on all levels regardless of age or situation. For example, mothers who had to drop out of school due to unplanned pregnancy should be given a chance to resume their KCPE and KCSE schooling when able.

Empowered to save and invest – With access to money comes the responsibility to save and invest. Women need to be exposed to savings and investment schemes that will enable them to make more money to ensure a stable source of income and comfortable future e.g. Women can form a chama group which can invest in land, property, stocks, unit trusts etc.

This is not a challenge to be overcome by women alone. We need all the support we can receive from men as well.

Fix the home – It is up to us to change the regressive beliefs and traditions we were raised with.

Protect your women, your girls – Feminism is not just for women. Men and women need to combine efforts to advocate for women’s rights and gender equality.

Recognise, support and appreciate the efforts – Men need to play a supporting role for their female counterparts and celebrate their milestones with them.

The author is the Head of Legal at Britam Asset Managers (K) Ltd.

I used the Britam Money Market Fund to save for my wedding. I started by putting aside a small amount into the fund and kept building onto that.

What I like about the fund is that I am able to track my investment online.

I use my Britam Money Market Fund account to save towards starting my side hustle. People in employment should have a savings culture to enable them set up a side hustle to increase their disposable income.

"I started saving in the Britam Money Market Fund in 2008. The Fund is quite flexible. Regardless of the amount of money you have, you are sure to get interest."